There are few things that make an adoptee rights advocate happier than when a state grants equal access to Original Birth Certificates (OBCs).  So I am hop, skip, and jumping in joyous reaction to the news out of New Jersey this week. A legislative agreement has been reached that will allow adoptees to begin accessing their original birth certificates on January 1, 2017.  Sweet! 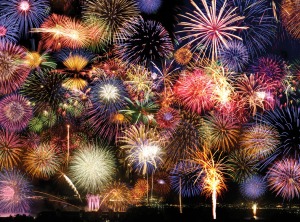 While the nearly three year wait is ridiculous (and will make reunion impossible for some who will find to late) the law has lingered in legislative limbo for years. If it did not pass this time, who knows how long it would have been stalled.

The insane waiting period is meant to give birth parents time to  have their names removed from their biological child’s birth records. I wholeheartedly disagree with this option as it casts adoptees’ civil rights as less important than the civil and privacy rights of the parents who relinquished them. However, every state that grants equal access is a step in the right direction.

Read the details of this celebration worthy event below-

As soon information is released on the process for requesting NJ OBCs, I will post the details. 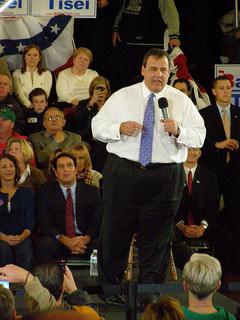 Keeping up with all the news on state adoption legislation can be difficult, as things change faster than you can say, “found.”  The latest state with on again/off again legislation debate is New Jersey.

Blogger Susan P. of the Family Rights blog, brought to my attention Governor Chris Christie’s fumble on what could have been truly monumental legislation. The proposed open records law in NJ (as originally drafted) would have free adoptees from years of forced secrecy and gut-wrenching searches.

Adoption Reform is on the  move in NJ, and it seems that Christie and other legislators are twisting what should be a straight-forward, open records law, into a political nightmare. Fears of increased abortion rates, and the overzealous assumption that all birth mothers want secrecy,  has turned  NJ Adoption Reform  into a three-ring circus of church, state, and stupidity!

According to a blog titled, ‘Christie’s ‘compromise’ on Adoptees’ birthright bill unfair’ at NJ.com, Christie “conditionally vetoed the Adoptees’ Birthright Bill (A1406) in June 2011,  suggesting that legislators write in  a loophole for birthmothers to opt-out of the release of original birth certificates to adult adoptees.  From what I understand, this would come in the form of a one-year grace period before adoptees can act on the open records law. This would allow birth mothers a year to deny access.

Susan of the Family Rights Blog recently wrote, “Other states have successfully passed “clean” bills (Oregon, Maine, New Hampshire and Rhode Island), and it sickens me that some adoptees will be hurt by a concession to the fears of some legislators.”

I wholeheartedly agree! Adoptees deserve the same rights as every American. The availability of our original birth certificates should not open for debate.  Chris Christie has his original, unaltered birth certificate, and every person born in NJ deserves the same.

Adoptees did not sign away any rights. Therefore, access to records should be allowed without clauses of birth parent protection, or interference from the same “Christian” organizations that  forced many of the adoptions to begin with.  In response to criticism of his actions, Christie said, “Adoptees want it all.”

You got that right Christie!  We want all the same rights that you take for granted.

Keep the Faith NJ adoptees. Your truth is coming!

UPDATE: Please note the comments section for a better understanding of Christie’s actions.  Turns out that while the circus continues, I had a few performance details askew!

Recipe in a Bottle

Connecting to Friends, Old and New, Through Recipes, Gardens, and Dinner Parties