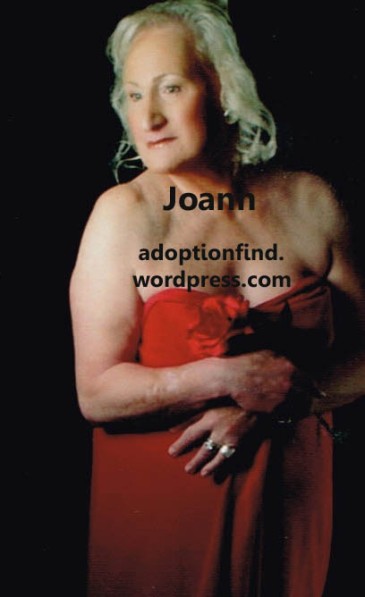 Today is the four-year anniversary of my father’s death. I’ve been dreading the day for the way it reminds me of our shortcomings. He died a woman and left a daughter who could never accept the anomaly. Gender was one more dysfunction to add to the avalanche waiting to bury me, and so I refused to see Joann when she drove from her home in New York to Hilton Head, South Carolina for a surprise visit.

No longer a child rolling with the punches, kicks, and angry outbursts, I needed some warning to help me see Joann. Perhaps, had she let me know she was coming, I might have witnessed her bent posture in the old lady frock, as she limped along with a cane. Truth says, “Not so.” I would not have seen her. No matter how long one considers a coming tsunami, it will never be welcome.

Once, we danced, my tiny shoes atop his feet to Daddy’s Little Girl, and I was whole. Then it was crap. A battle fought too hard by a child too small. I could not get him to be the man I needed, for she lurked there under the calloused skin and hard edges. She did not love me for the daughter I became, but for my girlish things and female life. She wanted to be me.

Writing this today is so different than writing my memoir The Killing Closet. Our story is tragic and yet I have painted a thousand mental pictures of it in heroic beams of survival. Turning beatings into strength-building, honor. Truth says, “No. The character-building benefits do not surpass the suffering.”

It was a childhood no one would choose.

Joe was the father no one wanted.

Joann was a secret and we all suffered for her existence.

I have learned that the madness that was my childhood was born of a broken adoption process. That too requires a heavy mask of introspection. Love your captors. Love your saviors. Love the system. The adoption message bleeds for the childless. Forgiving them is distant, remote, untouched, as were the infants they placed in hell. Our fate makers were social worker Helen Steinman, Children’s Aid Society, money, income, the barren womb.

Four years and tears still run at the loss of innocence. My brother’s and mine. My father, miscast in a gender strict world, had no escape for Joann. They were beaten before he took a breath, or twirled in a sister’s skirt, or underwent the knife to make the gender correction.

I have learned that who we are inside often collides with exterior appearance. That we can never really know the heart of another human, and that to assume heartlessness is to deny the human condition. Joe’s heart was born with Joann’s being, or so I have heard.

I gave my father an opportunity to admit the way gender devastated our lives. She declined, blaming my mother for the violence instead. Joe spoke then, in defense of Joann. I did not know it was the last time. I got no closure, no admittance, no apology.

I have learned that Joann and Joe melded into one and that in the end, the angry man took up the cloak once worn by the woman. Hiding, blaming, hurting internally and externally was my father’s life fate.

I have learned that no relative has visited Joann’s grave.

I have learned to move forward, tip-toeing around Father’s day and the lucky ones born to men who put them first.

I have learned to breath when the thought of my father tries to steal my air.

Rest, Dad. I am still learning.

Buy my novel Waving Backwards for Kindle $4.99 at Amazon.com-amazon.com/author/vlbrunskill