Yesterday, President #Trump rescinded the rule on #bathroom choice for #transgender students. Without an iota of empathy or understanding the President (under pressure from right wing, ding-dong Attorney General Jeff Sessions) took away non-discrimination rules put in place by the Obama administration.

Our bully president demanded that Education Secretary #DeVos agree with his bold-faced bigotry. Telling her, according to The New York Times, “that he wanted her to drop her opposition. And Ms. DeVos, faced with the alternative of resigning or defying the president, agreed to go along.”

The reason behind this heartbreaking decision is right winger’s fears that transgender people using the bathroom that corresponds with their gender identity will create an unsafe environment for children. Nothing could be further from the truth.

As the daughter of a brutally abusive man, who transitioned to become a women in her seventies, I have a unique view on this topic and can tell you that fearing transgender people in the bathroom is about as set in reality as having Mexico pay for a border wall.

Here’s what I want all the bathroom quaking, fear-mongers to know:

The idea that Secretary of Education DeVos, is so weak-willed that she kowtowed to Trump, sentencing a segment of America’s school children to torment, torture and horrific discrimination, further proves her unworthiness and the hateful spirit of this administration.

A transgender woman (living in denial) beat my family into a homeless shelter. Yet, even I can see the truth. Why? Because as I write my memoir Transgressions in Rouge, I am taking the time to learn. I have researched my father’s behavior, her transition and what is means to be a transgender person. 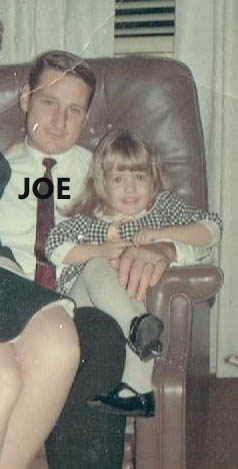 Please, right wing America, I beg you to take your head out of the toilet and attempt to understand the truth of being transgender.

This nation needs to quit worrying about who has balls and who does not. It’s none of your business. Except for when it comes to Trump, whose actions yesterday are a clear indication of a testicular deficiency gone wild.