A 35-year-old adoptee named Steve Carter got the shock of his life, when he decided to search for information regarding his birth. 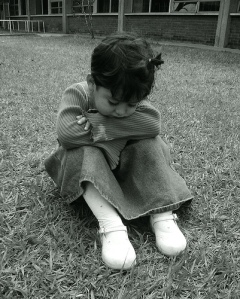 Adopted at the age of four, from a Hawaiian orphanage, Carter came across the story of an adoptee who discovered that she had been kidnapped, and was adopted illegally.  His intuition kicked in, and Carter decided to look around some missing kid sites.

Carter found the site, MissingKids.com, did a search or two, and found an age-progressed photo that was his spitting image.

Sadly, his birthmother is also missing, and seems to have been on the run with him as a baby. She was later put into a psychiatric ward, and eventually disappeared from the system.

You can read more about Carter’s story at The Blaze.com and at The New York Daily News.

The moral here is to trust your instinct.

I have often wondered about a couple in my neighborhood who adopted their white, newborn babies  lickety split.  The adoptive mother claims, “we got each of our kids in less than a month.” When I asked her if she thought this strange, she did not even flinch.  Bought? Kidnapped? Luck?

If you were placed with your adoptive family later in life, or have a feeling that something does not gel, go to the missing kids website and take a look.  You might save someone from a lifetime of unimaginable heartbreak.

Recipe in a Bottle

Connecting to Friends, Old and New, Through Recipes, Gardens, and Dinner Parties